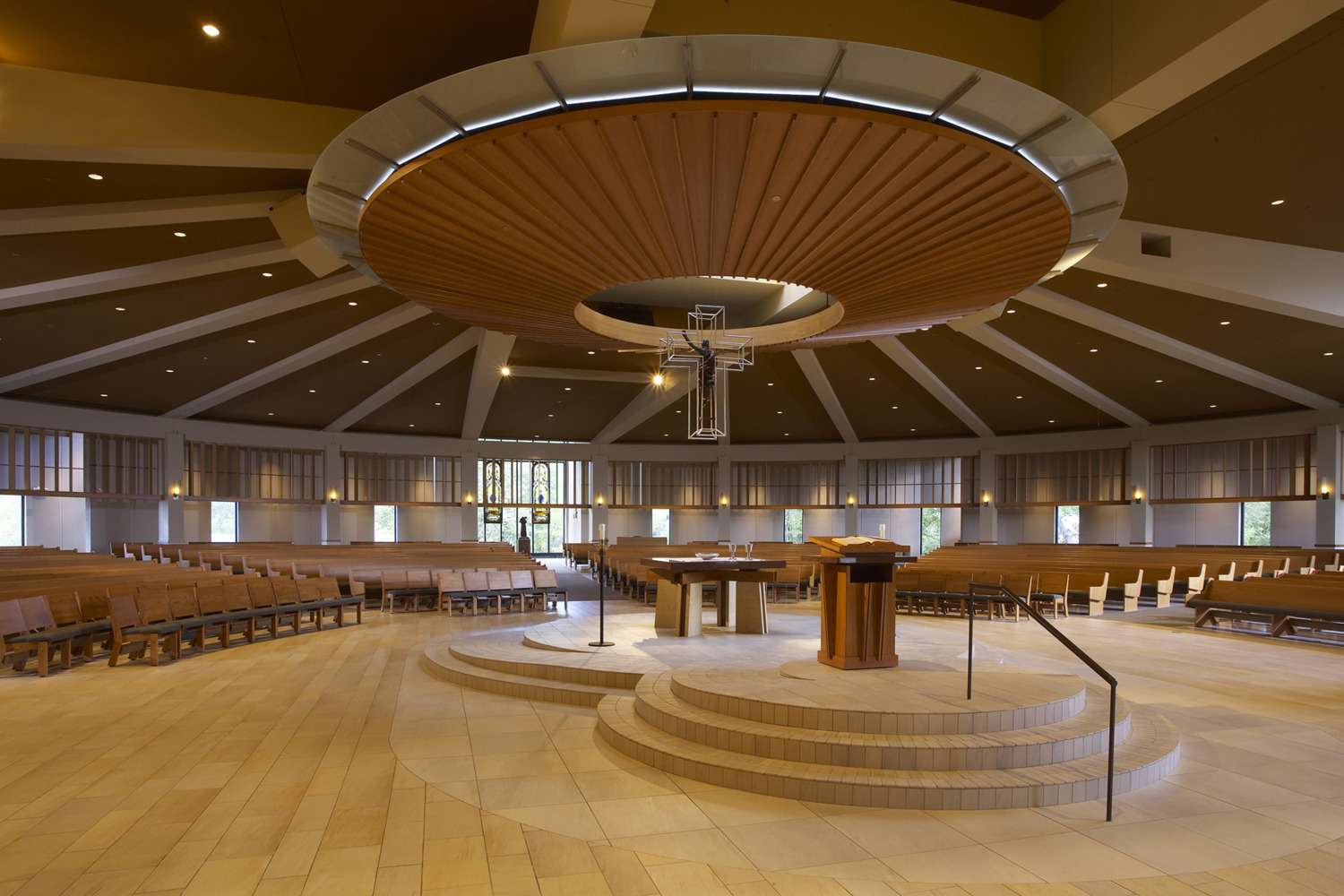 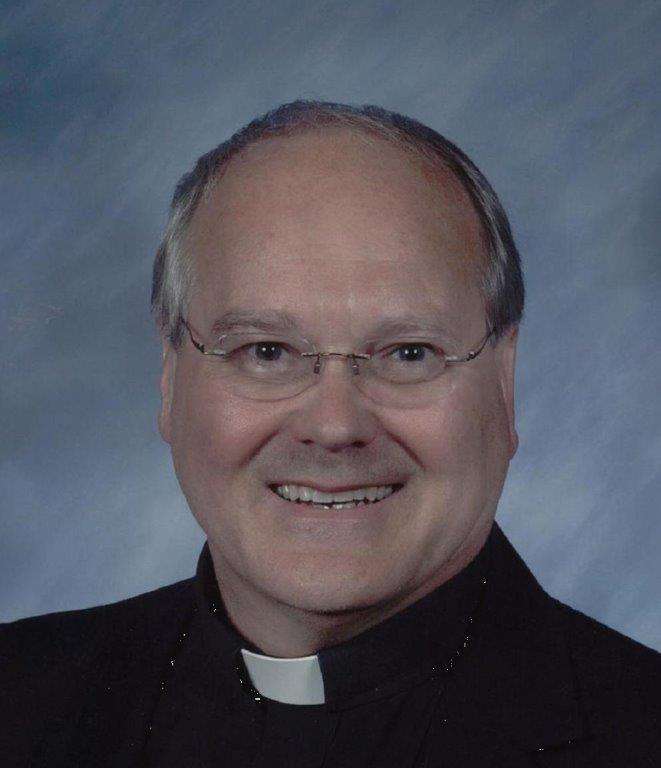 Announcements
As we heard from Archbishop Hebda this week mandating the suspension of Masses, we were all saddened as we gradually saw this historic situation unfold before our eyes. We are now living in a changed world as we embrace this change in how we live to protect the greater good of this country.
I pray with you and for you for a renewed sense of peace and a new normal, praying for the medical community, the sick and all humanity as we do our part to reduce the spread of the COVID-19 virus.
We encourage your involvement in the Sunday scriptures and readings below. In Faith,
Fr. Terry Rassmussen
trassmussen@stjosephparish.com
515-231-5038 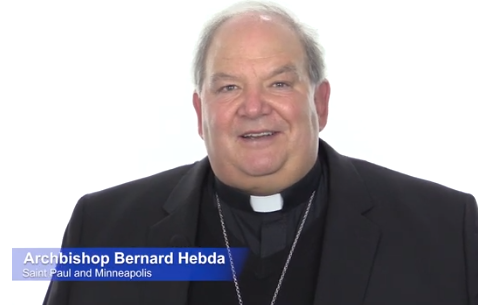 Litany Invite
Archbishop Hebda's is inviting you to join in him in praying daily at 11:05am, the Litany in Time of Need with all the Bishops and the people of the United States for an end to the coronavirus.
Relavent Radio 1330am
Relevant Radio 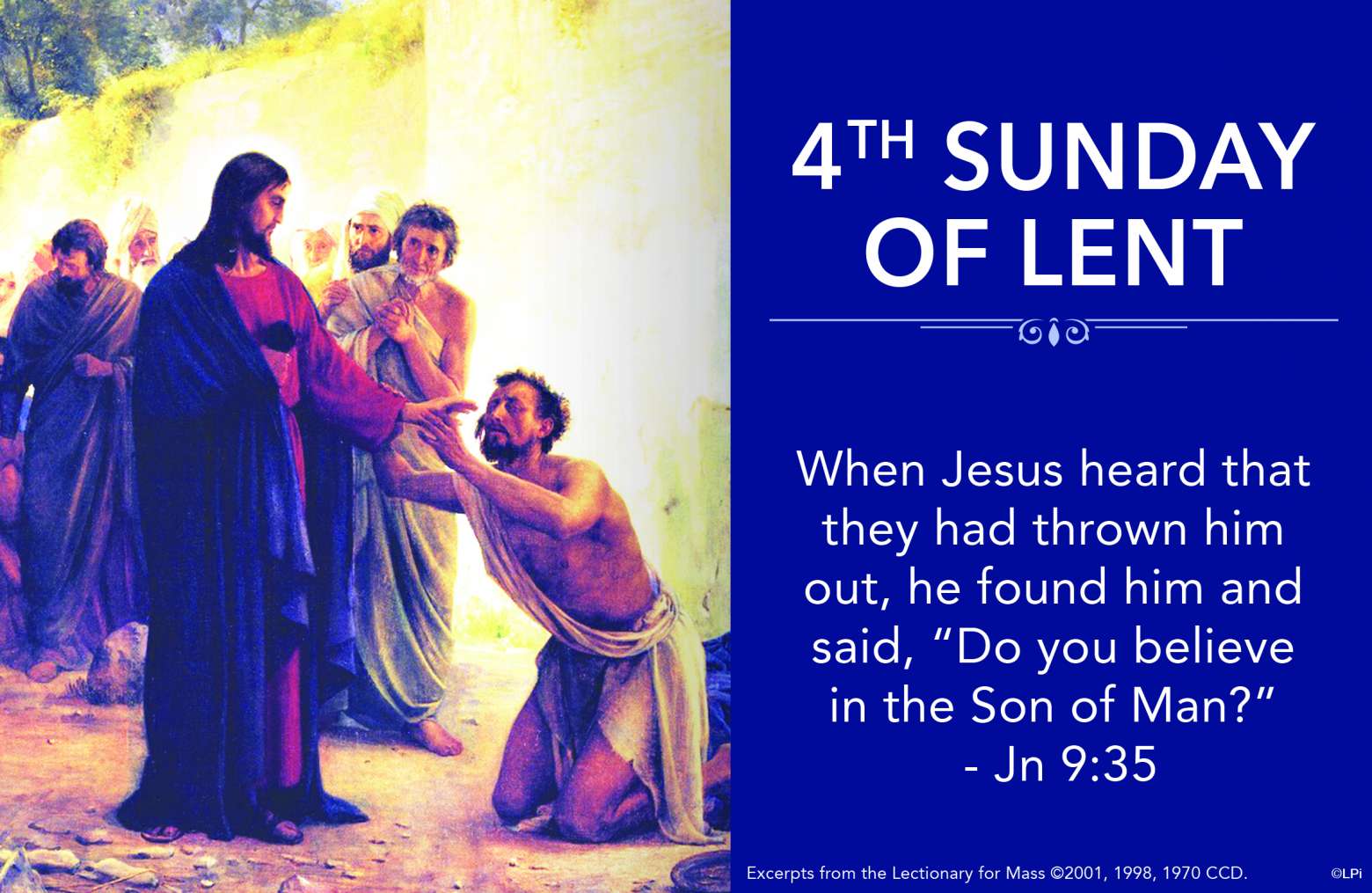 In the name of the Father, and of the Son, and of the Holy Spirit. Amen.
Grace and peace to you from God our Father and from the Lord Jesus Christ.
Blessed be God forever.
We gather together as a family to celebrate the Lord's Day.  One with our sisters and brothers and with the entire Church, let us now listen to God's Word and join in prayer.
Amen.

Reading 1 1 SM 16:1B, 6-7, 10-13A
A Reading from the First Book of Samuel:
The LORD said to Samuel:
“Fill your horn with oil, and be on your way.
I am sending you to Jesse of Bethlehem,
for I have chosen my king from among his sons.”
As Jesse and his sons came to the sacrifice,
Samuel looked at Eliab and thought,
“Surely the LORD’s anointed is here before him.”
But the LORD said to Samuel:
“Do not judge from his appearance or from his lofty stature,
because I have rejected him.
Not as man sees does God see,
because man sees the appearance
but the LORD looks into the heart.”
In the same way Jesse presented seven sons before Samuel,
but Samuel said to Jesse,
“The LORD has not chosen any one of these.”
Then Samuel asked Jesse,
“Are these all the sons you have?”
Jesse replied,
“There is still the youngest, who is tending the sheep.”
Samuel said to Jesse,
“Send for him;
we will not begin the sacrificial banquet until he arrives here.”
Jesse sent and had the young man brought to them.
He was ruddy, a youth handsome to behold
and making a splendid appearance.
The LORD said,
“There—anoint him, for this is the one!”
Then Samuel, with the horn of oil in hand,
anointed David in the presence of his brothers;
and from that day on, the spirit of the LORD rushed upon David.
The Word of the Lord - Thanks Be To God.

Reading 2 EPH 5:8-14
A Reading from Saint Paul to the Ephesians
Brothers and sisters:
You were once darkness,
but now you are light in the Lord.
Live as children of light,
for light produces every kind of goodness
and righteousness and truth.
Try to learn what is pleasing to the Lord.
Take no part in the fruitless works of darkness;
rather expose them, for it is shameful even to mention
the things done by them in secret;
but everything exposed by the light becomes visible,
for everything that becomes visible is light.
Therefore, it says:

“Awake, O sleeper,
and arise from the dead,
and Christ will give you light.”
The Word of the Lord - Thanks Be To God.

Verse Before the Gospel 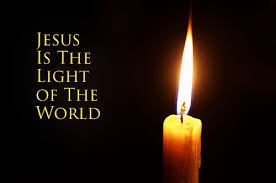 Gospel Jn 9:1, 6-9, 13-17, 34-38
A Reading From the Holy Gospel According to John:
As Jesus passed by he saw a man blind from birth.
He spat on the ground and made clay with the saliva,
and smeared the clay on his eyes,
and said to him,
“Go wash in the Pool of Siloam” — which means Sent —.
So he went and washed, and came back able to see.
His neighbors and those who had seen him earlier as a beggar said,
“Isn’t this the one who used to sit and beg?”
Some said, “It is, “
but others said, “No, he just looks like him.”
He said, “I am.”
They brought the one who was once blind to the Pharisees.
Now Jesus had made clay and opened his eyes on a sabbath.
So then the Pharisees also asked him how he was able to see.
He said to them,
“He put clay on my eyes, and I washed, and now I can see.”
So some of the Pharisees said,
“This man is not from God,
because he does not keep the sabbath.”
But others said,
“How can a sinful man do such signs?”
And there was a division among them.
So they said to the blind man again,
“What do you have to say about him,
since he opened your eyes?”
He said, “He is a prophet.”
They answered and said to him,
“You were born totally in sin,
and are you trying to teach us?”
Then they threw him out.
When Jesus heard that they had thrown him out,
he found him and said, “Do you believe in the Son of Man?”
He answered and said,
“Who is he, sir, that I may believe in him?”
Jesus said to him,
“You have seen him, and
the one speaking with you is he.”
He said,
“I do believe, Lord,” and he worshiped him.
The Gospel of the Lord, Praise to you Lord Jesus Christ. 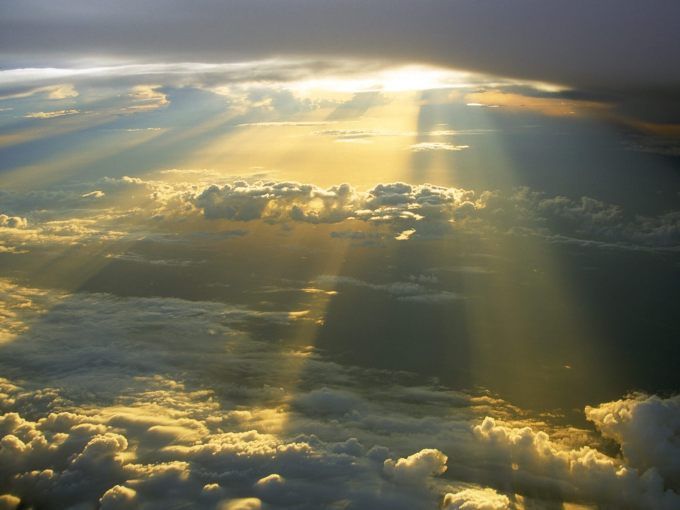 “Seeing” Beyond the Miracle

The Story of the healing of the blind man in the Gospel of John has been, since the fourth century, associated with preparation for those to be baptized at the Easter Vigil. It is a story that participates in the richly symbolic world of the Fourth Gospel. Sight serves as a metaphor for faith in Jesus and the life of discipleship. The journey by which the blind man comes to “see” who Jesus is, is counter posed with the increasing blindness of “the Jews”, a designation that actually refers not to first-century Judaism in general but to a small subset of religious leaders opposed to Jesus. As the biblical scholar Francis Moloney has noted, in this story the religious leaders are preoccupied with how such a miracle could have happened, whereas the real question at issue is who Jesus really is. Like so many of us, “the man born blind” comes to this insight only gradually. Initially, he identifies the one who healed him simply as “the man called Jesus.” The interrogation he undergoes leads him to acknowledge Jesus as “a prophet.” But it is only by way of direct engagement with Jesus that he acknowledges him as “the Son of Man,” a title that suggests Jesus is the one who makes God known in human history.
In this story, acquiring sight is all about recognizing the true identity of Jesus and learning to live out of that truth. This Gospel insight is complemented by the Letter of the Ephesians, which invites followers of Jesus to “live as children of light.” Our Lenten journey alongside those moving toward baptism is about learning to see Jesus as the one who gives true meaning to our lives.

Jesus taught us to call God our Father, and so we have the courage to say:
Our Father, who art in heaven,
Hallowed be thy name.
Thy kingdom come.
Thy will be done,
on earth as it is in heaven.Give us this day our daily bread;
And forgive us our trespasses,
as we forgive those who trespass against us;
And lead us not into temptation,
but deliver us from evil.
The Lords Prayer Song

A spiritual communion is a desire to receive the Holy Eucharist at a time when a person can’t actually receive the body and blood of Christ. St. Thomas Aquinas defined a spiritual communion as “an ardent desire to receive Jesus in the Holy Sacrament and a loving embrace as though we had already received him.”
A spiritual communion can be a formal, informal or even nonverbal prayer, that expresses a person’s hunger for the Eucharist, desire to be united to the Eucharistic life of Christ and profound love for the sacrament. Recommendations:
Act of Spiritual Communion:
My Jesus, I believe that you are in the Blessed Sacrament. I love you above all things, and I long for you in my soul. Since I cannot now receive you sacramentally, come at least spiritually into my heart. As though you have already come, I embrace you and unite myself entirely to you; never permit me to be separated from you. Amen.
St. Catherine of Siena imagined Christ holding two chalices: ‘In this golden chalice I put your sacramental communions. In this silver chalice I put your Spiritual Communions. Both chalices are quite pleasing to me.”
St. John Vianney: “If we are deprived of Sacramental Communion, let us replace it, as far as we can, by Spiritual Communion, which we can make every moment; for we ought to have always a burning desire to receive the good God. Communion is to the soul like blowing a fire that is beginning to go out, but that has still plenty of hot embers; we blow, and the fire burns again…. When we cannot go to the church, let us turn towards the tabernacle; no wall can shut us out from the good God.”
St. Jose Maria Escriva: “Do not neglect to say, “Jesus, I love you”, and make one Spiritual Communion, at least, each day, in atonement for all the profanations and sacrileges he suffers because he wants to be with us.”
St. Leonard of Port Maurice: “If you practice the holy exercise of Spiritual Communion several times each day, within a month you will see your heart completely changed.”
St. Teresa of Jesus: “When you do not receive communion and you do not attend Mass, you can make a Spiritual Communion, which is a most beneficial practice; by it the love of God will be greatly impressed

Now, more than ever, St. Joseph is asking for your continued support. We are keeping our doors open for individual prayer, adoration and reconciliation (by contacting Father Terry). Per the Archdiocese of Saint Paul and Minneapolis we gratefully will honor wedding, anointing the sick and funeral requests (following CDC protocols). We will continue to provide you weekly bulletins, e-news, inspirational communications through social media, answer and support your calls and emails, and provide you Sunday Readings like these until we acquire quality technology that we can share with you. During these times of heightened needs, we will also continue supporting our outreach program requests that are increasing everyday.
Please consider moving your financial offerings online to either start or continue supporting St. Joseph Catholic Community and/or mailing in your envelopes. We are a community of great support, let us continue to make a difference.
May God bless you and keep you safe each and every day.
Online Giving Options

In the name of the Father, Son and Holy Spirit.
May the Lord bless us protect us from all evil and bring us to everlasting life. Amen.
Go in the peace of Christ and thanks be to God. 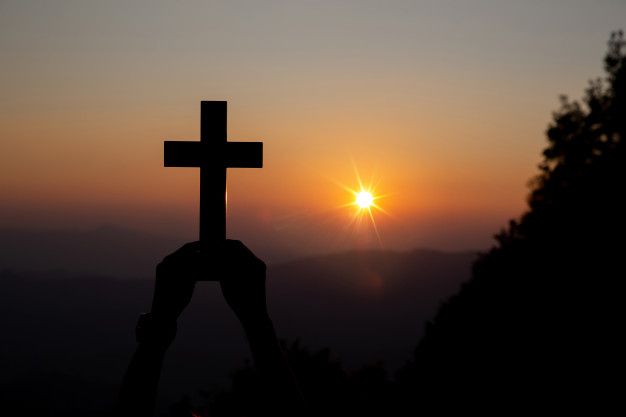